Me and the boys found her on the valley floor, dappled in the leaf-light, droplets of dew beginning to dribble down her cheek. It was a cool June morning, not too cold to be out and about, but still too early for the flies, so me and the boys had the place to ourselves.
Less than a mile away her parents hadn’t slept, and they were beginning their second leaden hearted day questioning themselves – had her seventeen years of life really come to nothing ?
To a beetle though, nothing is nothing. We got to work.

He has a knife in his hand. In front of him, on the porcelain, lie the targets of his attentions.
He will cut the left one first. Cleanly from top to bottom with a single, decisive movement of the blade. Not so deep as to cut straight through, but deep enough to loose what’s within and send it spilling outwards, bleeding hot, life giving gold over the crunchy brown beneath and spilling over onto the plain white plate. Pools of life to be mopped up when the cutting’s over.
He dabs the corner of his mouth with the napkin and smiles.

The sole of my shoe, free of the bounds of nail or glue, claps out of time with the nervous tap of my foot in the gutter. Something somewhere smells of piss. This is the city, so that’s almost always true, but there’s a strong possibility that this time it’s me. It’s “I don’t bloody know” in the morning, it’s cold and I’m damp everywhere. It probably is me. Whose piss it is is less clear. Getting home’s going to be tricky, no cab driver will pick me up looking like this. Thank God it’s Saturday … Oh shit. Is it ?

Granny Joyce died last weekend aged 88.
For the last two years she has had a sealed envelope on her mantlepiece labelled in her famously spidery handwriting
“To be opened in the event of my death”

She made sure that her children, her neighbours – everyone in fact who visited regularly, knew about the envelope.
Her son was concerned that the envelope was going to tell him some terrible secret
“Your father was a Russian spy”
“You were adopted. We found you in a shopping basket outside Waitrose”

The time came when the envelope had to be opened.
Her son poured himself a large whisky, sat down with the envelope in his hand and his wife in support, took a deep breath and ripped it open.
He pulled out the sheet of writing paper and slightly nervously unfolded it.

From a true story told to me by Charles, published with permission

Follow
listen to ‘Peter Earns His Wings’ on audioBoom

Peter’s father was a pilot, his grandfather too, and today Peter stood at the launching grounds for the very first time.
Pre-flight checks done, his heart beating hard at the danger, excitement and expectation of his ancestors, he levelled his gaze on the horizon and stepped into the unknown.
He fell ten feet before his wings caught the breeze and he swung his tail round to steer. Not so much flying as controlled plummeting, but he was safely down. Peter had earned his wings.
All he faced now was the not insignificant matter of getting back up to the nest.

Brawn, son of Tower, was the only giant he knew.
His parents had been taken from him by Evil Jack, the Beanstalk Killer and his world was filled with loneliness and trying not to be angry.
Humans took one look at him, his size and strength, and decided he was cruel and stupid, ignoring the possibility that he might just be sensitive and a bit upset. He wished he could lose himself in a strong, loving embrace, but there was no-one left big enough to hold him.
Human girls just screamed when they saw him and they were so very … breakable.

Welcome to Picton Drive. Listen. There’s something I ought to tell you.
Ginger lives next door but one with her son Fred. Her feeders live there too, but they’re not important. She runs this end of Picton Drive. If you have territory at this end of the Drive, it belongs to Ginger first and you maybe. She will patrol every morning and every evening – mostly to check if your feeders left a door open for you and you left your food out. If I were you, I’d let her eat whatever she wants. She’s beautiful but … cruelly persuasive.

Every day Derek Jenkins, 45, takes a train ride and a step step change on the tube and spends the day surrounded by younger, smarter, better qualified people and pretends not to be intimidated.
They help of course by repeatedly demonstrating that their training, brains and youth mean little when not alloyed with guile, creativity and aggression.
Derek would love to tell them where he developed his alchemical skill, but he can’t. He must carry it with him. Hidden. But every now and then his feet belt out a Shirley Temple & his eyes flash with the thrill of the contraband.

The neighbourhood’s changed quite a lot since we were nippers. We were both born here weren’t we Jim ? He’s a bit older than me – we’ve been like brothers all our lives. We were brought up to believe in the same things weren’t we Jim ? Always look after each other, the value of hard work, obey the law, be loyal to the Queen. Thank goodness these are values that still resonate with the young folk. My brother Dave was a soldier. These are the things Dave died to uphold. Termite attack a month ago. Now he guards the great anthill in the sky. 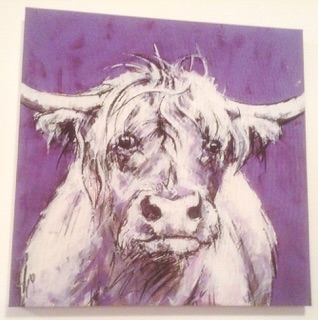 Kitty Metcalfe scared the life out of me when I was a child.
She smelt of strong cigarettes and whisky and had a gruff Glaswegian accent which, combined with the deafening volume, made every incomprehensible utterance sound like a death threat.
She was probably in her fifties, and she was a grandmother.
I look back at photos of her with her best friend (my granny) and I see a woman who devoted herself not to preening, but to her family. A woman who stayed true to her roots even in deepest darkest Windsor. A woman not be feared, but admired.